I stuck with the same operating plan as the last 2 years by starting at the Alexander/Pulaski county line. This location is at boat ramp on the Cache River wildlife area that is seldom used. My travels started at 8AM and took 2.5 hours to get there which cut me a little close on setup time but I was mostly ready to go by 11:35. I ate a quick bite and got the logging PC and headset ready. AA0Z Kyle was operating as a rover this year so I sent him a text message and we met up on 80 meters and made an official contact right at the Noon start. Once again 40 meters was long and in-state contacts were tough but I was able to work the northern half of the state. People need to try 80 meters earlier in the day for in-state contacts. I operated until 2:30 and then did a quick tear down with a 40 minute drive to my next location. Here are pictures from this location.

Antenna was a 40 meter dipole fed with ladder line to an AH-4 tuner.

This county line operation started at 4:30 by using an inverted L fed by the AH-4 tuner. I have a narrow area to erect the antenna and the dipole would not have been a good fit for the space. 40 meters was in better shape now but I think a bunch of folks were already starting the move to 80 meters. After a good run on 40 meters I went to 80 meters. Search and pounced on 80 CW and gained some new multipliers. Then I started a run on 80 phone that lasted for an hour and ended 10 minutes before the contest ended.

I did have a weird thing happen on CW from this location. When I first tried CW the radio would briefly key the radio and unkey. At first I thought I had RF getting into the keyer but the display on the keyer looked normal. I must have bumped the speed control on the keyer because it was set for 136WPM. I bet the stations I tried to contact were wondering what was happening!

My score was down from last year as I hit 56K this year. 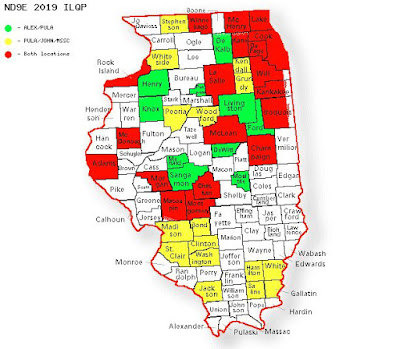 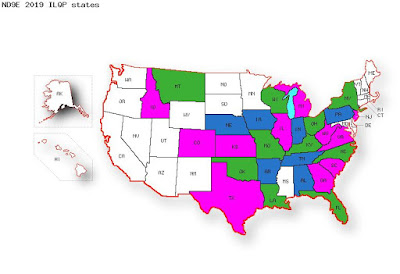 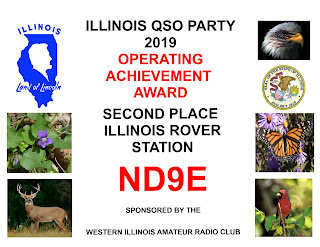