My claimed score of 12330 has been calculated by the WFD folks and my actual score is now 5858. I did not lose any multipliers or bonus points but I lost more than half of my QSO points. This was because of "not in log" errors and busted contacts. I am considering going forward to scale back my operation and just make contacts without a log.

Another Winter Field Day approached and I did my normal process of watching the weather, making grand plans and then making a last minute decision. Here is how it all played out for 2021.

About 6 days out my plan was to setup a 30 foot mast and put up a 80 meter doublet antenna. I would operate from an ice fishing tent on my deck and run on generator power. The weather guessing people thought that we would have a little rain on Saturday with temperatures in the mid 30's. The radio setup would be the IC-7100 running into an AH-4 ICOM tuner. N3FJP would be the logging program and I would be using FLDIGI for PSK-31.

At around 2 days out the weather forecasts were starting to say more rain was possible along with some wind. Now I am wondering how waterproof the ice fishing hut would be so research would show that my model of tent would leak at the seams unless it had been waterproofed. There was not time to properly waterproof the tent and now they were saying that we would have at least an inch of rain so I decided that either I had to operate as a home station or move the operating position to the uninsulated garage. I could claim more bonus points by operating as an indoor station away from home and long as I still set up the temporary antenna so a garage operation it would be!

Now with the plan finalized I proceeded with setting up the mast and antenna Friday afternoon. I got the cables run into the garage before it got dark and then setup the radio in the garage. Saturday morning I would just have the generator to get setup.

Saturday morning I started up the propane heater and took the generator outside and placed it under the eve of the garage to keeping it out of the rain. I had a 20lb propane tank tied to the generator but could not get it to start which was frustrating since I had tested this a month earlier. I did get it to run on a 1 lb bottle so this would be a test to see how long that would run.

The Baja generator ran 3 hours on a 1 lb propane bottle. Ran another 7 hours on the 20 lb tank.

The Bioenno inverter ran the radio for 6 hours on Sunday morning and was still at 75% charge.

The EMI filter that I built worked well on suppressing the generator and inverter noise. Also the ferrites from Palomar Engineering took the rest of the noise out of the radio. 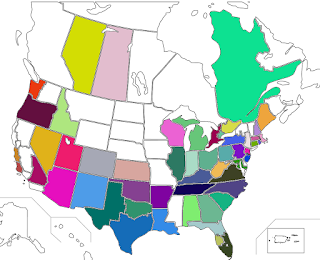 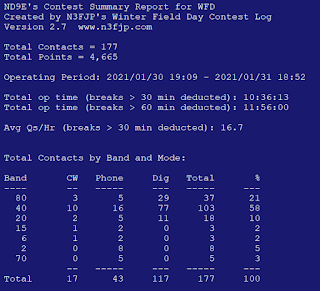